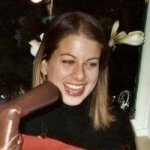 Suboxone is a medication that is often used in medication-assisted treatment (MAT) for opioid use disorder (OUD). It helps people stop using opioids by managing withdrawal symptoms and reducing cravings.1 If you or someone you know struggles with opioid addiction and wishes to find a solution, you may be interested in learning about how Suboxone can help with your recovery.

Keep reading to learn more about Suboxone treatment, how it works, the benefits of using Suboxone in MAT, potential side effects of Suboxone use, and how to seek a Suboxone treatment center near you so you can start the path to recovery from opioid addiction.

Suboxone is an opioid prescription drug used to treat opioid dependence. It can be used as an induction agent to stabilize someone in withdrawal during the medical detoxification process as well as for maintenance treatment to promote recovery from opioid use disorder. It consists of a combination of two drugs: buprenorphine (a partial opioid agonist) and naloxone (an opioid antagonist) and is administered as a dissolvable film placed either under the tongue or in the cheek.1

How Does Suboxone Work?

Buprenorphine is what’s known as a partial opioid agonist—an opioid medication that produces relatively weak opioid effects. This means that buprenorphine reduces withdrawal symptoms and cravings without producing the full effect of other opioids (such as heroin, fentanyl, oxycodone, hydrocodone, etc.), which can make it easier you to stop using your opioid drug of choice.1

With high binding affinity, it may also block other opioids from binding to and activating your opioid receptors, which can deter misuse of other opioids.1,2 As a partial agonist, buprenorphine also has an upper limit to its opioid effects, even with escalating doses. The risk of abuse and overdose due to misuse is lower than with other opioids because there is a limit as to how much your opioid receptors can be activated. This helps reduce the potential for respiratory depression (which means dangerously slowed breathing) which is a key danger and feature of opioid overdose.1,2

Naloxone is an opioid receptor antagonist medication that is combined with buprenorphine in Suboxone and similar generic combination formulations. Though naloxone is used on its own to reverse the deadly effects of opioid overdose, it is instead included in this combo to help discourage intentional misuse of buprenorphine should it be dissolved and injected or inhaled nasally—doing so would result in the rapid onset of withdrawal in opioid dependent individuals.1,2,3

While it is an effective medication for opioid addiction, Suboxone is often utilized as part of a comprehensive treatment approach that incorporates not only medications, but behavioral interventions, peer-support groups and, when needed, treatment for any co-occurring mental health conditions (like depression or anxiety).

Suboxone is used to treat opioid use disorder, which is the clinical diagnosis for opioid addiction. Medications are increasingly becoming the standard of care for managing OUD. If you enter rehab for opioid addiction, you may receive MAT as an integral part of your treatment strategy. Medications like Suboxone are one part of MAT, which also incorporates counseling and behavioral therapy to treat substance use disorders. 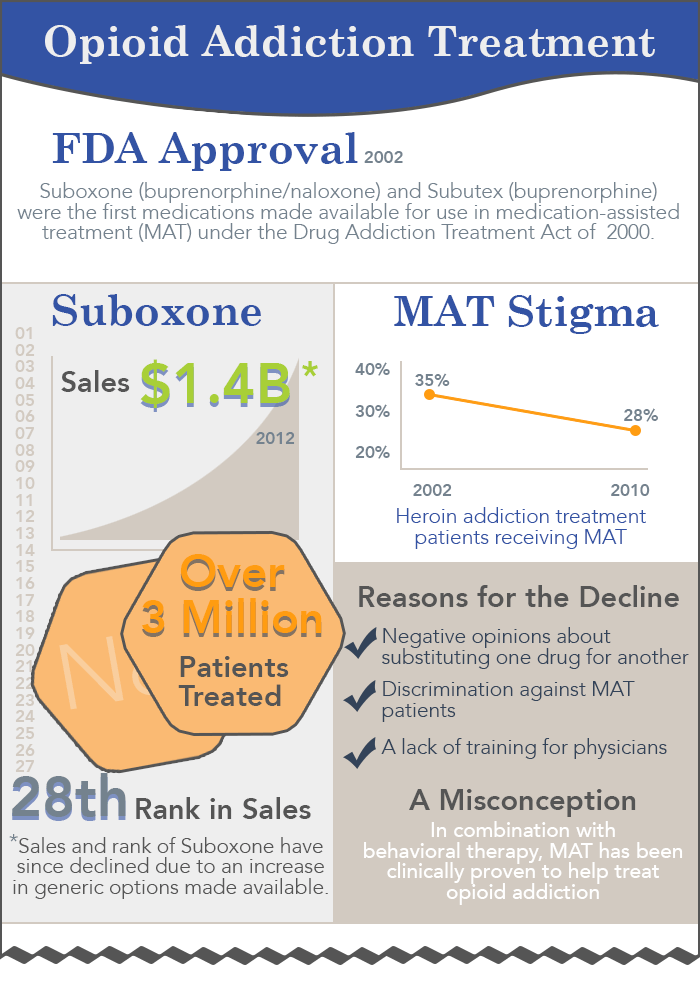 Suboxone can be safe when used as prescribed for treating OUD. When used as directed, it has a low potential for overdose due to its ceiling of opioid effects discussed earlier.4 Misuse of Suboxone—such as by injecting it, taking it in higher amounts than prescribed, using it while also drinking alcohol or taking sedatives, or taking it too soon after using other opioids—can place you at higher risk of experiencing adverse effects.1

Taking Suboxone too soon after using other opioids can elicit uncomfortable opioid withdrawal symptoms like sweating, shaking, digestive upset, and anxiety. Other potential yet usually rare side effects can occur, such as overdose and respiratory depression, which may be more likely with misuse.5

Buprenorphine was first developed in the 1970s as a safer alternative to some other opioid pain medications. It was approved for use as a painkiller in 1985 when it was listed as a Schedule V substance, which are substances that have an accepted use and a lower potential for abuse than those in Schedules I-IV. Clinicians recognized that buprenorphine could also be a safe and potentially more accessible alternative to methadone, which was the primary medication used to treat opioid addiction.3,6,7 Pharmaceutical research eventually prompted the decision to combine naloxone with buprenorphine, in an attempt to further reduce the risk of misuse of buprenorphine. Suboxone received FDA approval to treat opioid addiction in October 2002.7,8

Benefits of Suboxone Use in MAT

Buprenorphine is among the list essential medicines maintained by the World Health Organization, and is an indispensable tool for helping people with opioid use disorder to ease moderate to severe opioid withdrawal and cravings.10 Some additional benefits of using Suboxone in MAT include:8,11

Potential Side Effects of Suboxone Use

As with any medication, Suboxone is associated with certain side effects, even when taken as prescribed. Death from respiratory depression is rare with Suboxone but may be more likely when people use Suboxone in conjunction with other substances that slow breathing, such as benzodiazepines, sedatives, tranquilizers, or alcohol.1,2,8,12

Relatively common Suboxone side effects include:1

Less common but more severe side effects can include:1

Suboxone can result in physical dependence with long-term use due to the inclusion of buprenorphine, which is an opioid.14 However, dependence is not the same as addiction, though to develop it even with prescription use means that you could experience withdrawal symptoms if you abruptly stop using it.

You should not stop using Suboxone unless directed to do so by your doctor. Your Suboxone use will be carefully monitored by healthcare providers throughout the course of treatment. Under the guidance of your physician, you will taper off Suboxone, which means gradually reducing your dose, when the time is right for you.1,13

As with any opioid, the buprenorphine component of Suboxone does confer an innate abuse liability. However, as a partial opioid agonist, it is incapable of eliciting the more profoundly euphoric effects of other more commonly abused opioid drugs such as heroin and oxycodone.1Naloxone is specifically included in the combination formulation to additionally limit abuse potential, as attempts at achieving a euphoric high via certain unintended routes of use may instead result in opioid receptor blockade and precipitated withdrawal.3

It is also important to be aware that Suboxone use for treating opioid use disorder is not merely substituting one addiction for another. Instead, Suboxone helps people control their previously compulsive and harmful opioid use, allowing them to resume a normal, more healthy life.13

Suboxone is typically covered by health insurance, but the extent of coverage can vary depending on your specific health insurance plan, behavioral health benefits, treatment provider, and more. According to the Mental Health Parity and Addiction Equity Act of 2008, most health care plans are required to apply the same rules to treatment of substance use and mental health disorders as they do to medical/physical health problems.3 However, it is advisable to verify your specific coverage with your insurance carrier. You can verify your insurance benefits and find out whether your rehabilitation may be fully or partially covered with our form below.