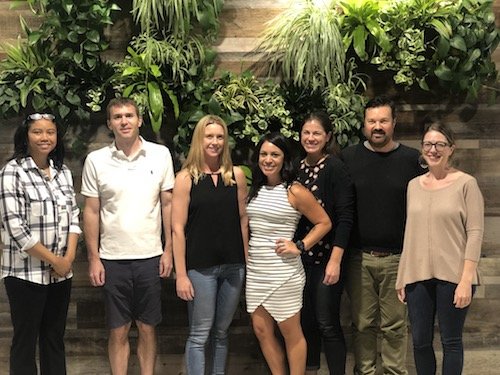 What is Xanax Addiction Treatment?

Up to 40 percent of people who take benzodiazepines like Xanax every day will develop an addiction to those pills. Recovery moves on two fronts: the physical and the psychological. Medical detox allows the body to become accustomed to the lack of Xanax, while rehab allows for skill-building and relapse-prevention planning.

In 2011, doctors wrote more than 47 million prescriptions for Xanax, making it the most popular psychiatric medication in the United States.

This is partly because Xanax (the brand name of the drug alprazolam) is used to treat a wide range of anxiety and panic disorders, and the effect of depressing the central nervous system has made Xanax the drug of choice for other ailments like sleep disorders and stress. This has also opened the door to Xanax being abused by patients who are desperate for relief from their conditions, as well as recreational users looking for an easy high.

Fortunately, treatment for Xanax addiction can help bring individuals back from addiction to a life of health and happiness. 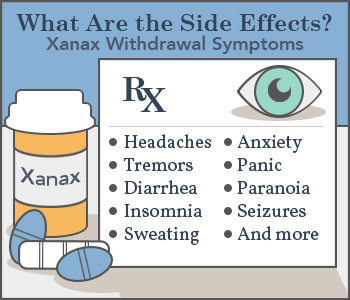 Xanax comes from the benzodiazepine family of drugs. Benzodiazepines work by enhancing the effect of the GABA neurotransmitter in the brain. The GABA neurotransmitter is very important for controlling the electrical excitation in the nervous system; lower GABA levels translate to more symptoms and feelings of anxiety, explains Everyday Health. Benzodiazepines boost the release of GABA throughout the individual’s nervous system, producing calming and sedating effects.

What is Xanax Used For?

The calming and sedating effects of benzodiazepines make them very useful for those suffering from a number of conditions, not just anxiety and panic attacks. The Royal College of Psychiatrists lists some of the other conditions that benzodiazepines like Xanax are used to treat:

What are the Signs of Xanax Addiction?

The Royal College cautions that benzodiazepines are addictive. Forty percent of people who take them every day, for six weeks or more, will develop an addiction to the pills. Signs of Xanax addiction can include:

Why Is Xanax Abused?

Despite this, the temptation to abuse Xanax may be too good to resist for a lot of people. American Family Physician considers benzodiazepines like Xanax to have a considerable potential for abuse, especially for certain “at risk” populations. What makes Xanax so inherently addictive is that its effects are felt almost immediately upon consumption (as fast as 25 minutes, according to The Fix), but dissipate after just a few hours. This makes people compelled to take more Xanax, even if it means violating the boundaries of their prescription. But the effect of consuming more Xanax means that the patients’ tolerance for the Xanax builds up, leading them to take larger and larger doses. Over time, this gets them hooked on the Xanax.

This is also why the ideal Xanax prescription should be for as short a period of time as possible (no more than four weeks, at most), to minimize the risk of the patient’s body getting acclimatized to the drug. Even if the patient requires a long-term Xanax plan, it is better for the treatment to be staggered with intermittent stages of consumption and tapering off, than for the person to receive continuous Xanax. The doses should also be as low as possible.

Once dependence is in place, the fear of withdrawing from the Xanax kicks in. Individuals may genuinely want to stop taking Xanax if they recognize the unhealthiness of their situation, but the symptoms of opiate withdrawal are often so bad that they go right back on the Xanax for fear of experiencing those symptoms again.

Health After 50 explains that there are a number of risk factors that can cause a person to knowingly and willfully consume more Xanax than is recommended. Such risk factors may include mental health conditions, but they may also include debilitating and intrusive pain, as well as a likelihood to engage in impulsive (and potentially dangerous) behavior.

Since women and older patients tend to be prescribed Xanax more than men and younger patients (the co-chairman of the medical scientific subcommittee of the National Council on Alcoholism and Drug Dependence says that Xanax dependence is a serious problem (especially among young women), those populations are more likely to develop addictions. Women, for example, have a “heightened fear response” (in the words of the Journal of Psychiatric Research), which the Anxiety and Depression Association of America says makes them more susceptible to developing anxiety and stress disorders than men.

The “swift, calming effect” of Xanax has also led to the drug being abused by people who simply want to experience the powerful, euphoric feelings of relaxation and tranquility, even if they have no medical reason for a Xanax prescription. The New York Times reports on the recreational use of Xanax being so bad that in 2011, a clinic in Louisville put a stop to all Xanax and alprazolam prescriptions, with a plan to wean pre-prescribed patients off the drug(s) by the year’s end. Quoting the Centers for Disease Control and Prevention, the Times reports that between 2004 and 2008, emergency rooms saw increased visits of 89 percent as a result of “nonmedical benzodiazepine” use, including such drugs as Xanax. 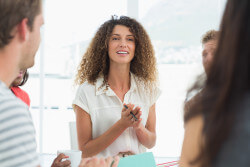 Treatment for a Xanax addiction involves countering the addiction on two fronts: the physical compulsion for the client to take Xanax and the mental craving for more of the drug.

To address the first front, a client will undergo medical detox, with the goal of weaning off Xanax with as little distress as possible. Since the effects of withdrawal can be very painful and traumatic, treatment center staff might prescribe a course of anti-anxiety and anticonvulsant medication. Ironically, benzodiazepines are “effective in the treatment of withdrawal symptoms,” in the words of American Family Physician.

Due to the administration of anti-anxiety drugs being performed by trained staff members in a controlled environment (who have a full understanding of the client’s medical history and toxicology), a client can be put on a drug regimen to ease the withdrawal process, while incurring as minimal risk as possible. This is also why withdrawal should never be attempted alone, as the risk for relapsing and seizures (a danger pointed out by an article published in the Journal of the Oklahoma State Medical Association) far outweighs the remote chance of a successful DIY detoxification.

Detox is only the first part of the treatment process; the second part involves addressing the mental damage done by Xanax addiction. To that effect, the Journal of Clinical and Consulting Psychology says that Cognitive Behavioral Therapy has shown considerable effectiveness in helping clients taper off benzodiazepine use. Cognitive Behavioral Therapy (CBT) is a system of counseling whereby a client is helped to see how patterns of thought and behavior led to Xanax abuse and addiction. A therapist works closely with the patient on devising healthier and more positive ways of dealing with the root issues behind Xanax abuse, and also shows the client how coping skills and methods for dealing with the lingering compulsion to seek out Xanax.

Depending on your insurance provider and level of coverage, insurance may be able to cover all or part of the cost of rehab and treatment. Verify your insurance instantly below.

Addictive Behaviors
published a study where researchers examined the effectiveness of CBT in treating those who presented with both post-traumatic
stress disorder and a substance abuse disorder. While conceding that their study was not a comprehensive one, the researchers
reported that their findings provided support for using CBT to treat co-occurring disorders.

Despite the effectiveness of Xanax, its risks have led doctors and patients alike to investigate alternatives to alleviating
anxiety and stress (as well as the other conditions treated by Xanax). Some of these alternative treatment methods, according
to
Mental Health Daily, are:

New York Magazine calls Xanax “the most popular anti-anxiety drug in America,” but that popularity comes with a price. As much
as Xanax has become known for treating anxiety and stress, it has also become synonymous with the epidemic of prescription
medication. Fortunately, numerous therapies and strategies exist to help individuals emerge from the shadow of Xanax addiction.